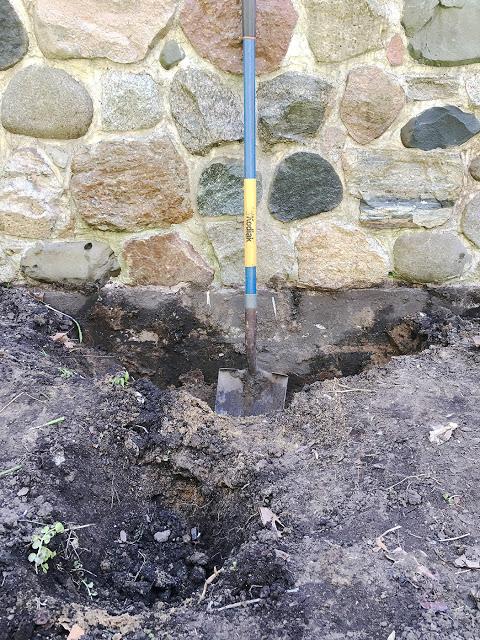 Last weekend I dug a hole that was large enough that I figured any neighbors who might have stopped by would probably slink away assuming I was digging a grave. I’m not kidding. This hole was about 6 feet wide by a good 3 feet deep and almost 3 feet wide. When I was finished moving all that soil out of there, I proceeded to get soil from a pile by the driveway and put that in the hole.

At some point during this process (perhaps while I was begging him to please just dump that wheelbarrow of dirt over there) Mr. Much More Patient asked the obvious question.

“Why are you moving dirt from here and putting in dirt from there? And isn’t the dirt you are putting in there all of the dirt that you dug out from over there (pointing) like three weeks ago?”

I can’t blame him for asking, but the answer, at its core, is simple: I rarely do shortcuts in the garden anymore.

The fact is, I’ve learned that lesson so many times that I’ve finally wisened up to it. It’s probably save to say that I regret every shortcut I’ve ever taken in the garden.

In almost every case those shortcuts involved soil preparation, and much like taking shortcuts on a painting project, the only way to fix these mistakes is to redo it. I don’t have do a lot of soil amending, but weeds have been my downfall. Not properly weeding an area or doing something to kill the weeds before planting ends in regret every time.

I’ve also made the cardinal sin of being too lazy/short on time to water something after I’ve planted it, thinking it was going to rain soon enough or that there was already enough moisture in the soil. What a terrible thing to do to a plant!

So now I just take the long way through a project, even erring on the side of doing more than I need to. The giant hole I dug this weekend was in front of the stone fireplace where I’ll be planting a new tree. Many plants that I’ve tried in that area have not thrived and I suspect the soil is the problem.

We’ve had a lot of work done on that chimney over the years, and all of it involves chipping out mortar. The people who do this kind of work are not very good about cleaning up, so there has been dust and chunks of mortar in the soil there in large quantities. I did a basic hardware store soil test  in that spot a couple years ago and the soil was extremely alkaline, a condition that most plants won’t tolerate.

On top of that, this is an are of the yard that seems to have about a foot and a half of top soil and everything below that is solid sand. In other words, there’s not a lot for roots to take up when they start growing.

So that’s why I dug down several feet and removed all of the soil and sand in the area where the tree and other new plants are going and replaced it with excess soil, which is lovely stuff, dug from the circle garden. It’s still native soil to my yard, it’s just not poisoned with years of alkalinity.

That’s a lot of soil moving. And it’s so worth it, no matter how crazy my husband thinks I am.

shortcuts soil
by Erin @ The Impatient Gardener
2 Comments
previous post: HOW TO CHOOSE A MEMORIAL TREE
next post: HOW TO PLANT A TREE (THE NEW WAY)