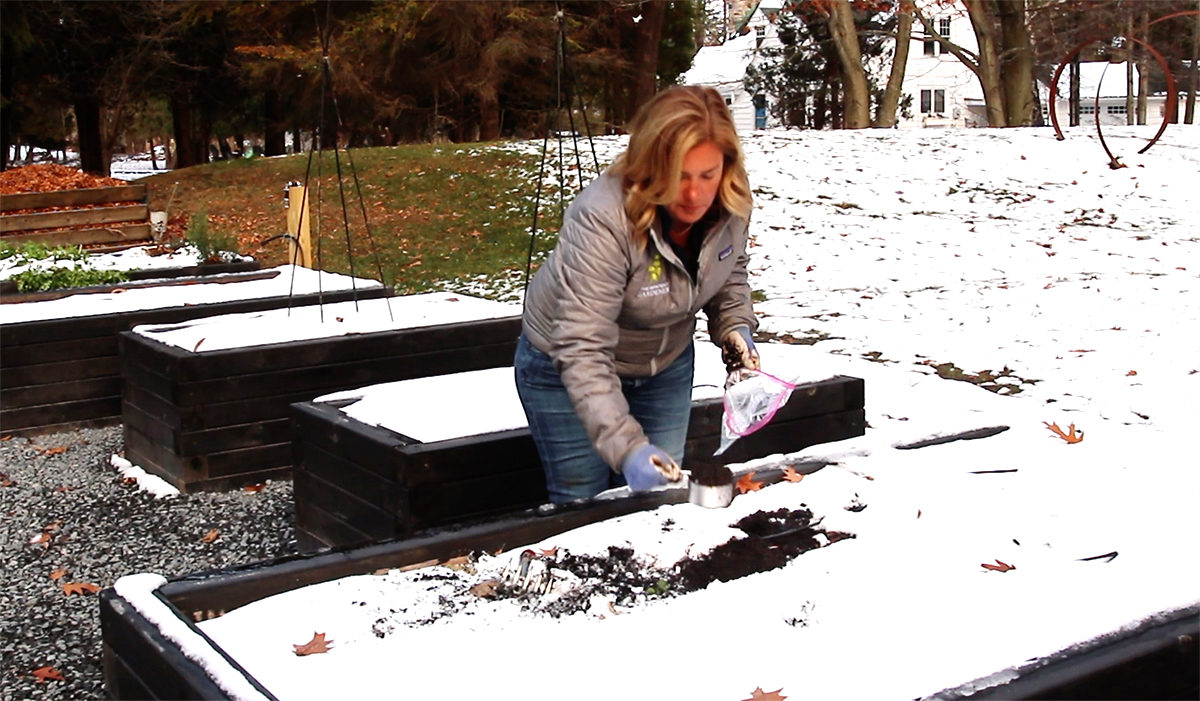 Sorry to break it to you, but I’m not going to give you a pass on this one. You really should send a soil sample to a soil lab and get a proper test done. It’ll cost about $15 and you certainly don’t have to do it frequently. But it’s the only real way to know what is going with your soil.

To find out more about the process of sending in a soil sample, check out this video I made of collecting the soil for this sample. You can find a soil lab by contacting your local university extension office, or search for soil labs through your public university system. 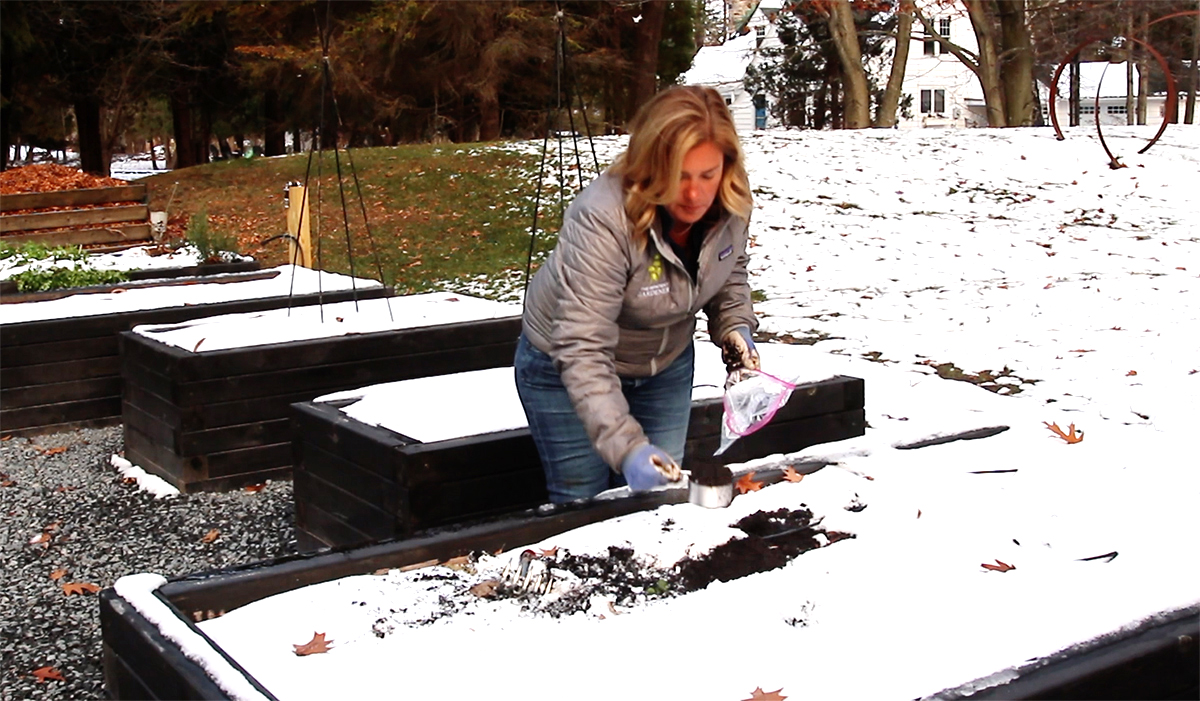 You can take a soil sample any time the soil isn’t frozen, even if you have to scrape some snow off first.

But at the same time, I don’t want you to look at this as one more of those confusing and difficult gardening tasks, because it’s not. Just do it once, or maybe once every five or even 10 years. The fact is, your soil isn’t going to change a lot (unless you start willy nilly throwing stuff in it, which I consider soil abuse), but having a soil test will inform every other decision you make about your garden.

To prove that I follow my own advice, at least sometimes, I had the soil in my new raised beds tested in late fall. Soil collection for testing can be done any time the soil isn’t frozen. I did it in fall so I would beat the spring rush and be ready for planting season.

The independent garden center I bought the soil from called it a “raised bed mix” and if I recall correctly it consisted of screened top soil, sand, compost, manure and a few other ingredients. It was dark black, fluffy and so dreamy feeling to run your hands through I considered taking a nap in one of those beds.

But that’s the extent of what I knew about it. I grew in it last year and there wasn’t anything that caused me alarm, but a proper soil test will advise how I approach amendments before this growing season.

Let’s not monkey around … the envelope please.

Is anything there a surprise? Mostly no.

I’m not sure if the pH number is a surprise, but it’s a bit of a disappointment. We have alkaline soil (a pH higher than 7) here, which is unfortunate because most plants prefer neutral or acidic soil. In the grand scheme of things, if you’re going to have a soil issue, this isn’t the worst, and it is somewhat surmountable. But I had hopes that this purchased soil would have a neutral pH.

Soil labs send recommendations, but it’s always interesting to me that when it comes to pH, they only weigh in on whether you should treat with lime, which would be the corrective measure for soil that is more acidic than you would like. Obviously I don’t need to do that.

But I could (and I plan to) low the pH a bit, by amending the soil with elemental sulfur. (Here’s a great article I found on how to calculate how much sulfur to use.) Any change in the pH will take time and won’t be permanent, but I believe it will help some.

Sidenote: Did you know that I’m a gardening psychic? I’ll prove it: When you get your soil test back, it will show that your soil is low in nitrogen.

OK, I’ll fess up here. Unless something funky is going on with your test, it will show that nitrogen is low for all soils. Plants use nitrogen and most (save for things like beans and some cover crops) don’t add any back into the soil. But organic matter does add nitrogen back into the soil.

This is all a long way of saying that although I’m not overly concerned about that lower nitrogen level, adding some nitrogen (say, from urea) up to the recommended level wouldn’t be a bad thing.

You definitely don’t want to overdo it on nitrogen, however, as you’ll end up with a lot of leafy growth and not a lot of fruit.

Another sidenote here: Those numbers on fertilizers refer to nitrogen (N), phosphorus (P) and potassium (K). In simple terms (really simple … there’s more to it if you really want to dig into soil science), nitrogen is needed for green, leafy growth, phosphorus helps plants grow roots, flowers and fruit and potassium helps plants make strong stems and put on growth.

Blossom end rot, the bane of tomato growers is often blamed on a lack of calcium (hence why there is a lot of bad advice about putting Tums and all other manner of odd things in the planting hole).

It’s clear from my test that there is no calcium issue in my soil so there is no doubt that if I have a blossom end rot problem in my tomatoes, it’s caused by inconsistent watering.

The same goes for magnesium. Some people swear by epsom salt to help grow their (fill in the blank). And it does help in some cases. And those cases are when your soil is magnesium deficient. Period. Anyway, clearly I don’t need any of that either.

So that’s my soil test. It’s hardly earth-shattering, but it’s good to know where I’m starting and, more than anything, what I don’t need to worry about correcting in my soil. The test cost $18 ($15 for the standard test plus $3 for the calcium and magnesium). The amount I could save by not adding unnecessary amendments is far greater.

So yeah. Get a soil test, just once. I promise you’ll be happy you did.