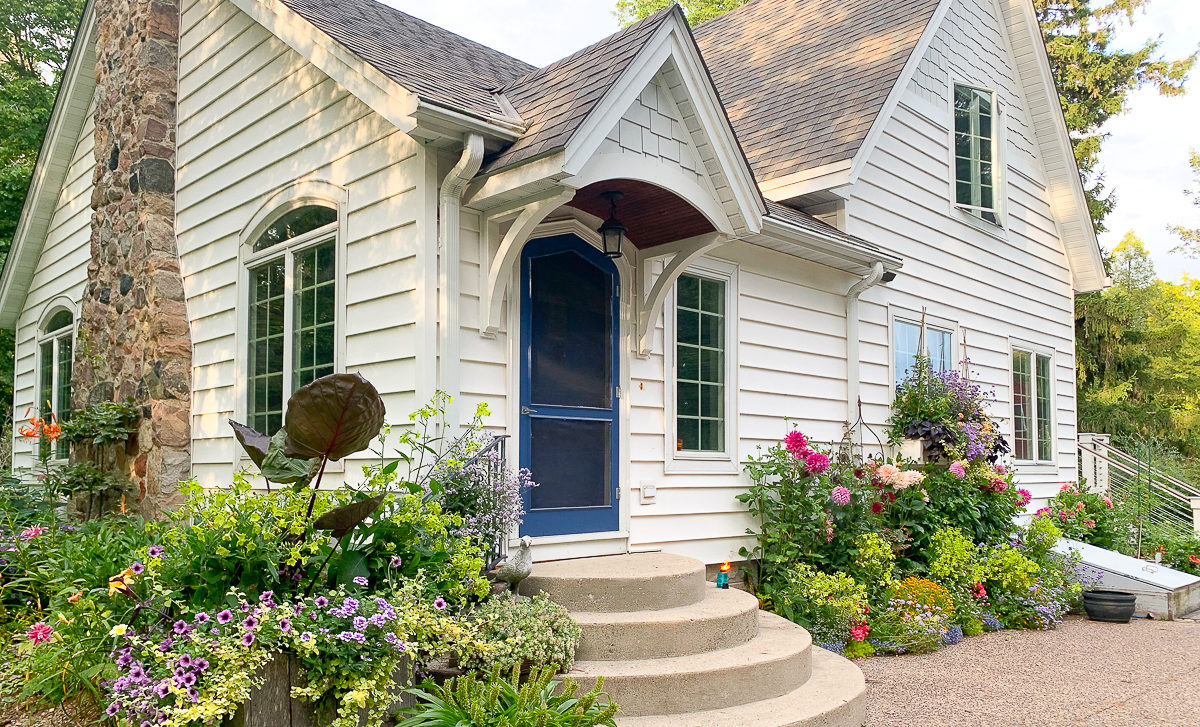 Just a couple weeks ago I wrote here about how I manage insect pests in the garden. The general point was that human intervention is often not required. If you create a garden with a healthy ecosystem, things will all balance out.

If that sounds just a wee big smug, you can rest assured that I’ve gotten what’s coming to me. Because my “healthy ecosystem” damn near gave me a heart attack this week.

I generally don’t let people know about Fact No. 1. When you let people know that you have a full-on phobia of something like snakes they start thinking they are real funny and the next thing you know some wiseacre has put a rubber snake in your shower and set up a camera in a cruel attempt to make a viral video.

And even though I am a logical person, Fact No. 2 does nothing to remedy Fact No. 1.

This all came to a head this week. Fergus, a large, orange cat who lives with us and who pretends to be cute and cuddly exactly once a month so I soften up and continue to feed him, was paying particular attention to the wall by the front door. Staring at it, pawing at it and generally being obsessed with it. There was no doubt, something was in there. 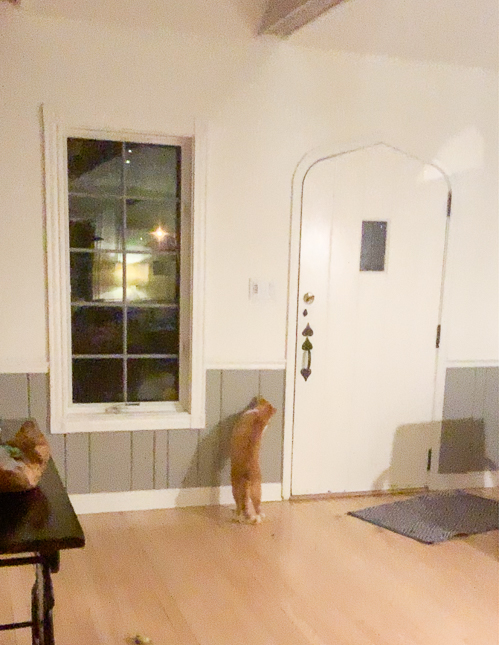 Fergus knew there was something in there.

This, by the way, is not all that surprising. We live in an old house with a few, um, quirks. One of those is the lack of sheathing under the siding. A few years ago a heat-sensing camera showed that we were losing a lot of heat from the area around the front door.

The next morning Mr. Much More Patient were standing outside the front door and he suggested maybe we should just wait for something to come out to find out what was in the wall.

And, as if on cue, a snake poked its head out from under the siding. He saw it first and implored me not to look. And like any normal human, when he said “Don’t look,” I looked.

Attention friends with snake phobias: No photos of snakes will appear in this post. I wouldn’t do that to you. Nor would I do it to myself. 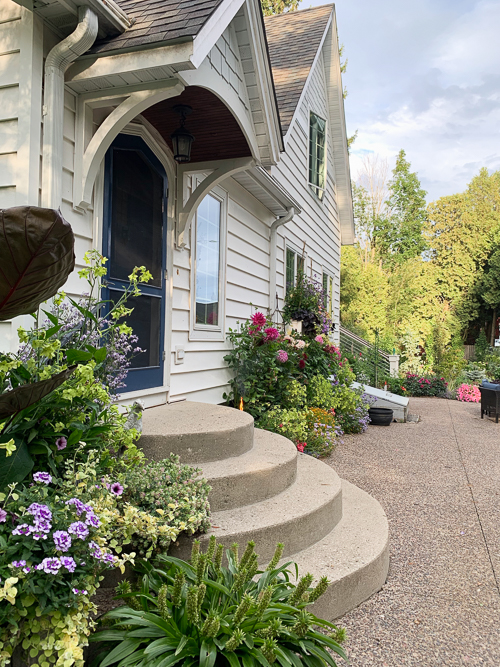 See that window to the right of the door? That rude snake stuck its head out of the bottom of the siding just a foot or so below that.

What happened next can only be described as an out of body experience. I heard myself scream. A panicked, horrible scream. Then turned and ran to the only place that seemed safe: my car. I should add that I ran on tiptoes because I was wearing sandals and apparently I thought this would keep the giant anaconda from wrapping itself around my ankles. 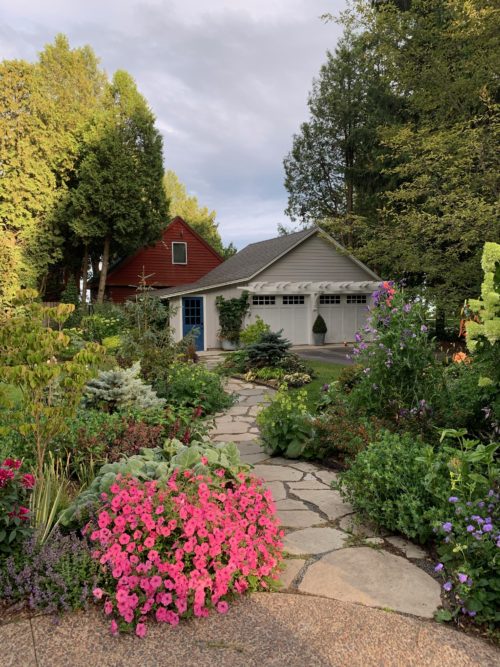 This is the path I high-tailed it down on the way to the garage, where I sought refuge in my car. Because there are no stories of snakes ever being in cars. Ever.

Then I got in my car and posted a tear-filled freakout on Instagram stories describing what I assumed was a family of snakes living in my wall. Not my finest moment.

I went to work and Mr. Much More Patient, being an outstanding person who was hoping I would one day return to the house (he was probably worried I’d send garden maintenance instructions), ripped open the wall (from the inside because the last thing we needed was to break a piece of siding and end up six months from now residing the house) to wrangle the snake family. 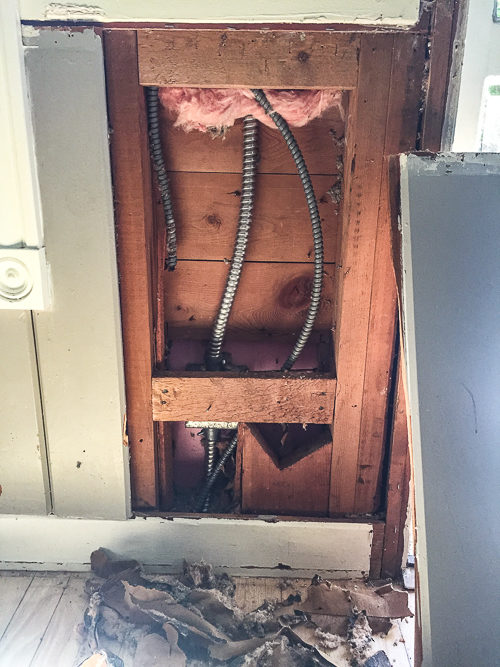 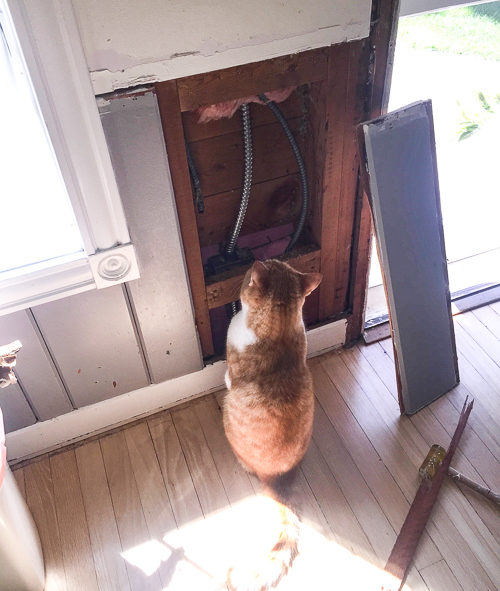 The logical explanation is that the snake was in there snacking on the rest of the chipmunks. The ophidiophobian in me is fairly certain the rest of the family of snakes was out at snake school during this extraction operation. 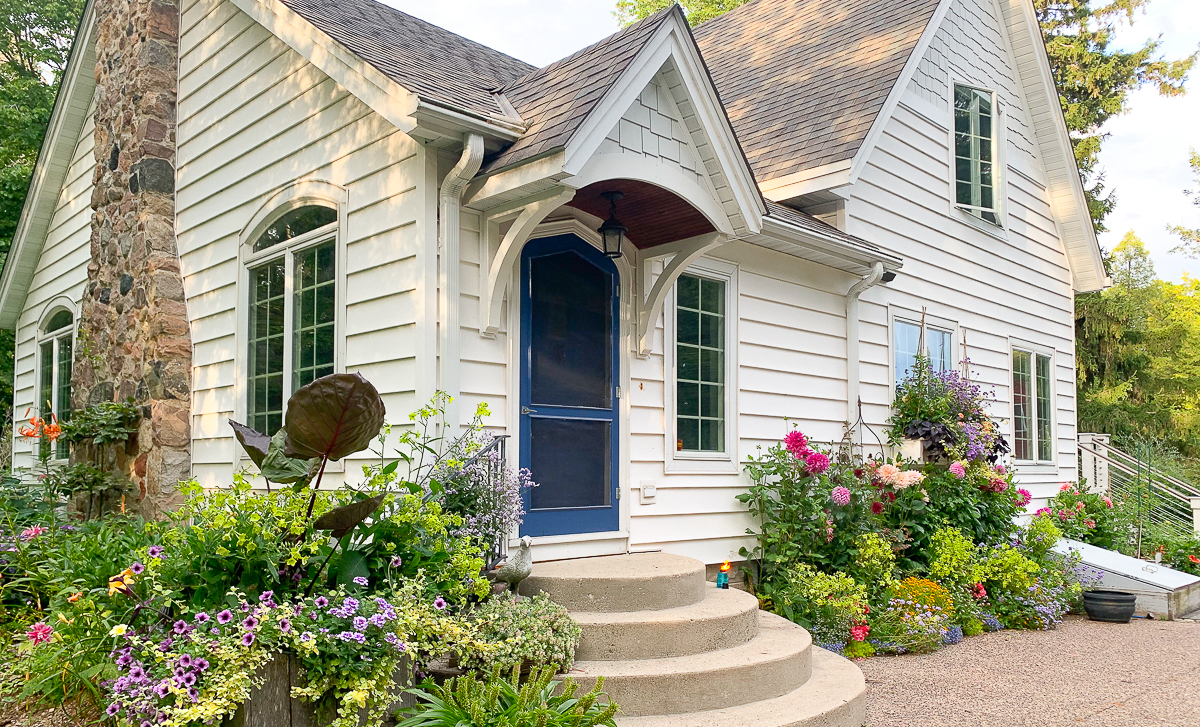 The wall has been reassembled with the contents of multiple cans of expanding foam emptied inside it so at least I know the anaconda is not in there. Presumably we (the snakes and I) can go back to our previous agreement in which they make themselves scarce when I’m around and I pretend like there’s no way they can be in my garden.

And in the meantime, I’ve decided to be just a little less smug about my garden ecosystem. It might be thriving, but sometimes that’s not all it’s cracked up to be.

garden pests snake
by Erin @ The Impatient Gardener
28 Comments
previous post: Zen in the garden: A newfound joy of floating flowers
next post: Summer, celebrated with a perfect BLT