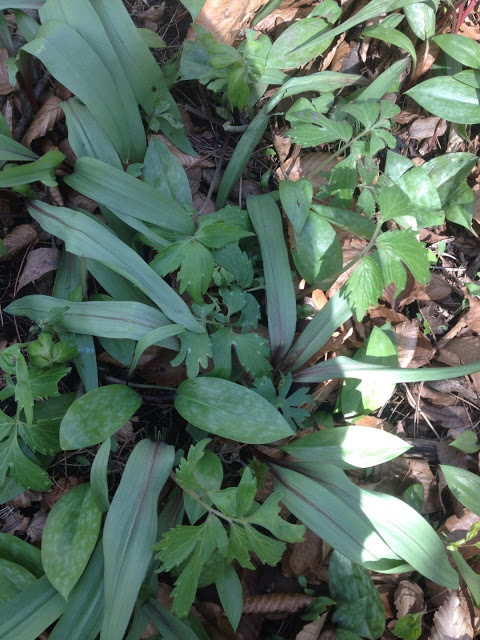 We ran into our neighbors who live at the end of our road this weekend while we were out walking the dogs. They are lovely people but they don’t live at this house year-round so we don’t get to see them very often. As we were chatting (mostly about what a pain garlic mustard weed is), she mentioned that they have wild leeks growing everywhere and asked if I’d like a few.

Well you don’t have to ask me twice. Wild leeks, also known as ramps, are supposed to be quite the delicacy. I’ve never tried them because they are only grown in the wild and we don’t get a lot of those kinds of foods sold at our farmers’ markets around here.

My neighbor showed me what they look like and where they were growing on their (very large) property.  She told me to take a couple of clumps for transplanting and some others for eating and mentioned that I should leave one of the pair of leaves per bulb. Most recipes I found called for eating the entire thing, including the bulb, but if you pull the bulb then you won’t have anymore ramps, right?

We were yard-work powerhouses this weekend, weeding, edging, trimming trees and doing a lot of other work that left me totally wrecked, but at one point I found myself in the sweet little spot of our woods where the mayapples and trilliums grow. I’m not sure what is so special about this little 15-foot square area, but neither of those lovely wildflowers leave the boundaries of that area to grow elsewhere. Given their affinity for that location, I guess it shouldn’t have been a surprise to find ramps of my very own growing amongst the trilliums. And as soon as I saw them, I remembered seeing them in past years but not knowing what they were.

Thrilled as I was to find a very small clumps of ramps in our woods, I was still anxious to have a few more, not to mention cook a few and see what all the buzz is about. So last night after work, the whole family (Mr. Much More Patient, both dogs and I) walked the half-mile or so down the road to our neighbor’s house to retrieve a few more ramps. 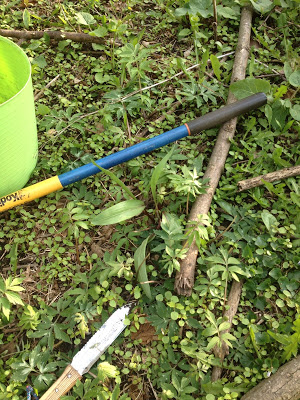 I dug two clumps that my neighbor had pointed out I could have and picked several more leaves from other plants for eating. It was a joy to explore my neighbors’ yard a bit as two years ago they invested a huge amount of money in created a wonderful mostly native landscape. I bet they planted more than 250 shrubs and probably 50 trees, in addition to rerouting their driveway to create the most charming approach to their house. I was great to see someone invest that kind of money into a landscape when so many other neighbors have ripped down houses only to built huge houses on the same spot. 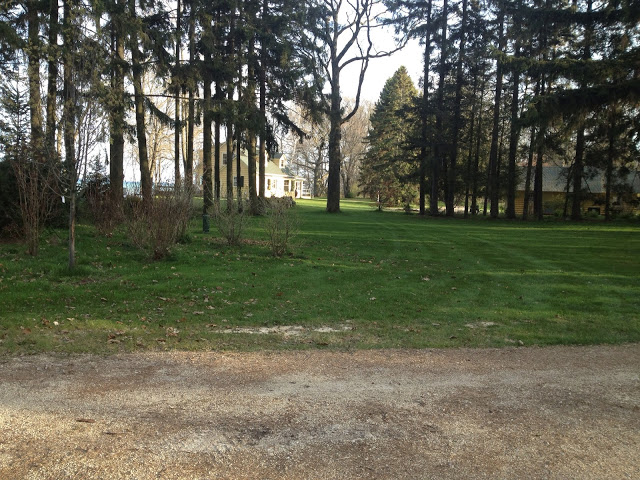 After collecting a handful of ramp leaves plus the two clumps, we headed back home. Fortunately we have a very helpful dog who happily carried the tub trug for awhile. Hudson is getting up there in years (he’ll be 9 in September, which is pretty old for a giant breed dog) so I took the tub from him after awhile to give him a break, which he apparently didn’t want because he took the shovel right out of Mr. MMP’s hand and carried it all the way home. Love that dog. 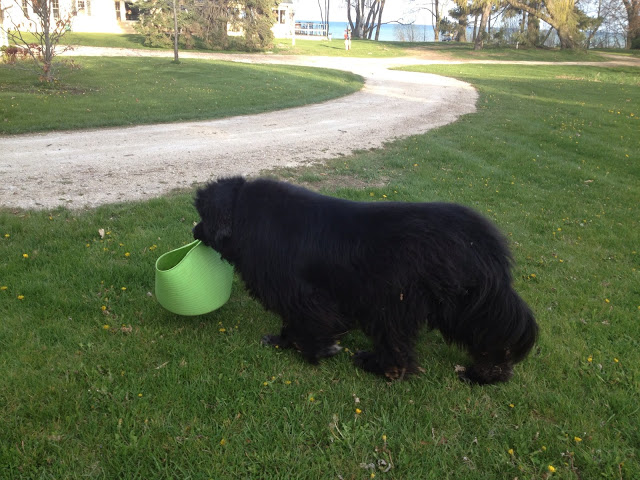 I separated the clumps into bulbs and planted them with the other ramps, mayapples and trilliums and tonight I’ll be cooking up the leaves we grabbed. I can’t wait to taste my first ramp!

If I love them, maybe I’ll be adventurous enough to make this the year that I make fiddleheads. Our woods is teeming with Ostrich ferns and fiddleheads are another one of those wild-growing delicacies I’ve never tried.

I’ll report back on the ramp experiment but I’ll need a bit more courage to figure out the fiddleheads.