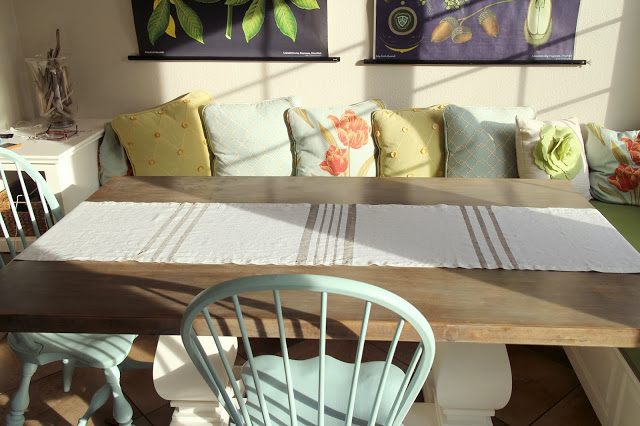 I found a great new list-keeping app for my iPhone a week or two ago. It’s called Tick, and so far it’s my favorite list-keeping app that I’ve tried, and believe me, I’ve tried many. You can customize the icon and color for each list. Right now I have the number 10 by the little icon of a house. That means I have 10 projects in my to-do list for stuff at home. And every one of those projects is a big, multistepped endeavor. That can get a bit overwhelming.

So it’s nice when I can pump out a little project that is fun and makes me feel like I accomplished something without having to think about it too hard, and this one definitely falls under that category.

Now that we have the newly finished tabletop in the kitchen (and I’m loving it by the way), I wanted to bring a little bit of brightness to it in the form of a runner (I sort of love table runners) that I can leave on all the time.

I wanted something that would be casual and help tie in the white of the cabinets and trim with the gray (Edgecomb Gray) walls. Stripes to the rescue!

First of all, I think a table runner is probably very easy to make if you can sew in a straight line. I am severely challenged in the straight-line sewing department so I knew that trying to make my own would probably become yet one more “big” task that I dreaded doing. But I figured I could customize one that somebody else had made pretty easily.

I found the most basic white linen runner I could. Turns out it was way too long for my table, so I just hemmed it to the right size (no, the stitching is not super straight but who is really looking at the end of your runner?). I ironed it first, just to make sure to get all the creases out.

Then I just used painters tape of varying widths to tape off some stripes. I wanted a stripe in the center, so I folded the runner in half to find the center and went from there. After I had my first piece of tape down just to the right of the center, I just eyeballed it from there. I figured if any of my stripes were a little off I’d just say I was going for a more painterly look.

I did measure again to make sure my sets of stripes to the side were the same distance from the middle set of stripes, but from there it was more eyeballing. 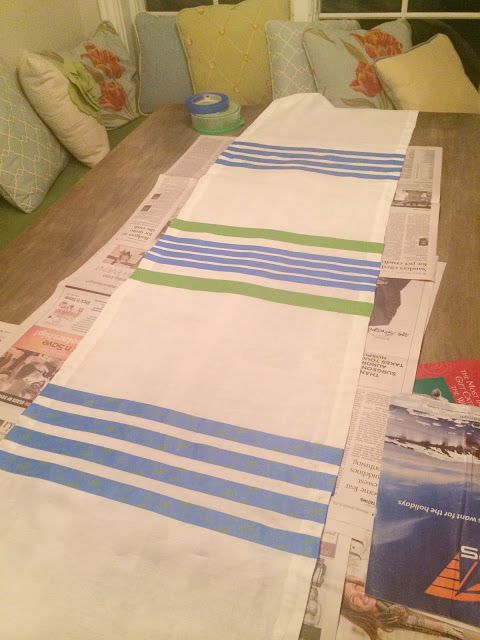 Of course you have to make sure to press down the edges to avoid paint creepage.

From there, I just mixed up the color I wanted in Martha Stewart craft paint, which is also suitable for fabric. This is the same paint I used for the chairs in the living room and it has held up so well. For the runner, I watered down the paint quite a bit because I wanted to make sure to see the linen texture and I didn’t want ridges where the paint hits the tape. 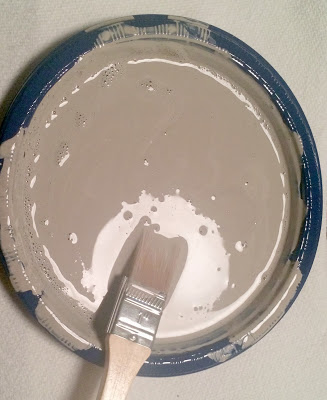 I used a cheap craft brush to brush on the paint after putting some newspaper under the runner in case any leaked through. Then I pulled the tape. 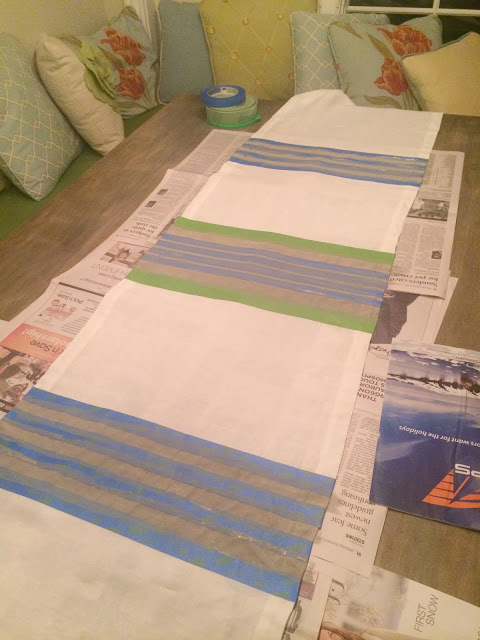 To set the paint, I used a hot iron on the reverse side and then for good measure, threw the runner into a hot dryer for a few minutes, which I’ve found helps the painted areas soften up a little. 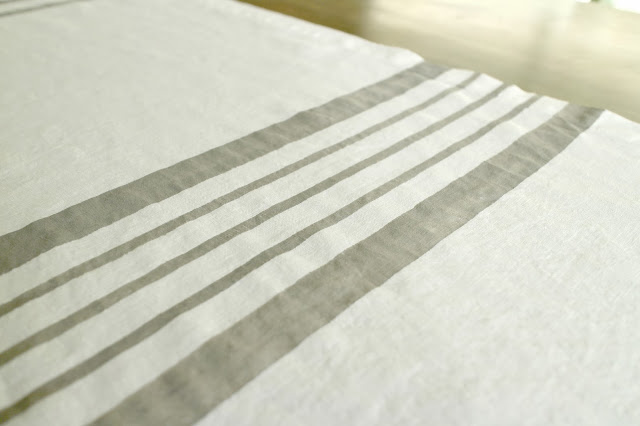 And that’s it. The hemming took about four times as long as the taping and painting did and all told I bet this was a 45-minute project. There’s nothing like a little immediate satisfaction. 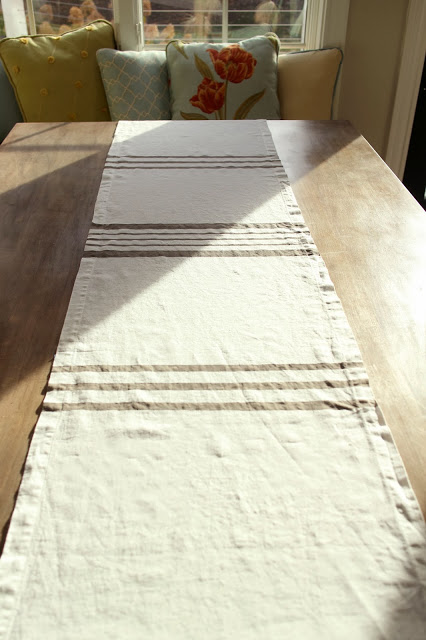