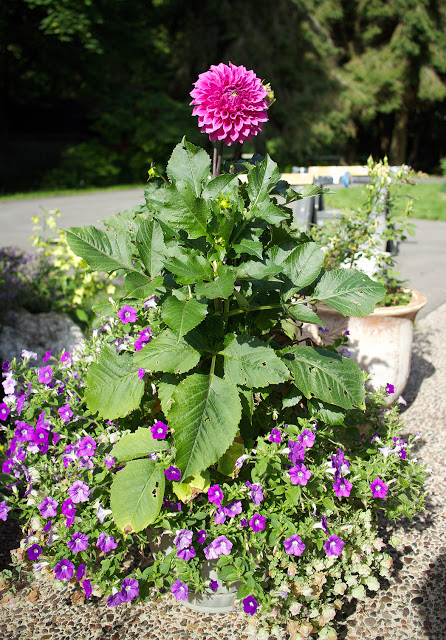 And just like that, it’s August. It’s almost impossible to fathom that we’re at the beginning of what I once considered the last month of summer. The weather, though, is changing from what it was like in my childhood, and since I’m not personally tied to school schedules, more and more, my idea of summer continues right through September.

We had a scorcher last weekend and I’ll be honest, it was good to be uncomfortably hot for a little bit. We sweated it out doing some work in the yard and then jumped in the pool to lower the internal body temperature a little. And Mother Nature was kind enough to provide us with some desperately needed rain in the form of some fun-to-watch storms that rolled through in the evening. That’s my idea of a great summer day.

Last week I made what may have been an ill-advised decision in the garden. The urn that I plant in the middle of the main garden off the patio was looking great, and then the dahlia I’d planted as its centerpiece bloomed. The ‘Cafe au Lait’ dahlia I’d planned the entire container planting around was not at all ‘Cafe au Lait.’ Instead it was, well, something else.

I’m not surprised that I mislabeled a dahlia because I potted up dozens of them. But the odds of the ONE I put in that container being wrong can’t be that high.

I had two options: Live with the container the way it was with everything growing well, or try to transplant a ‘Cafe au Lait’ growing in the garden to the container. Because I had a very fixed idea of what I wanted that container to look like, I decided to swap it out.

The first ‘Cafe au Lait’ I tried to dig up had spread out underground a bit more than I expected and I sliced the main tuber in half when I tried to dig it up. I stuck it back in, but the poor thing is suffering and I doubt it will survive or produce any flowers. Then I found one that was smaller and I was able to dig that one up and transplant it. 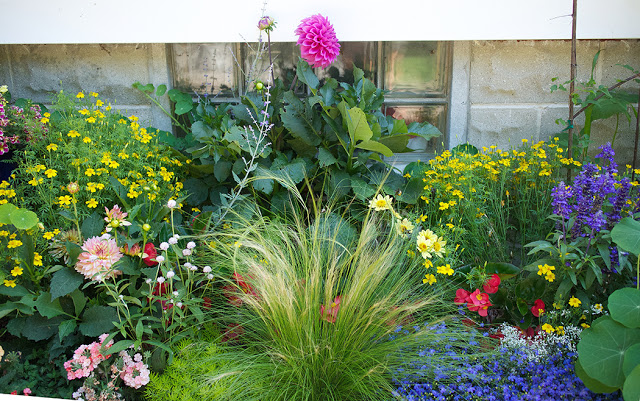 The unnamed magenta dahlia fared better and was moved to the spot where I pulled out the other one alongside the house.

More than a week later, the ‘Cafe au Lait’ dahlia in the pot looks fine but not robust and certainly not blooming. I don’t know if it will.

Should I have performed this surgery? Probably not. Even though the container wasn’t what I had planned, it looked really nice. Now the whole thing looks a bit spent.

Well, that’s gardening for you. Try again next year.

Have you ever ripped apart a container planting to swap out something else?