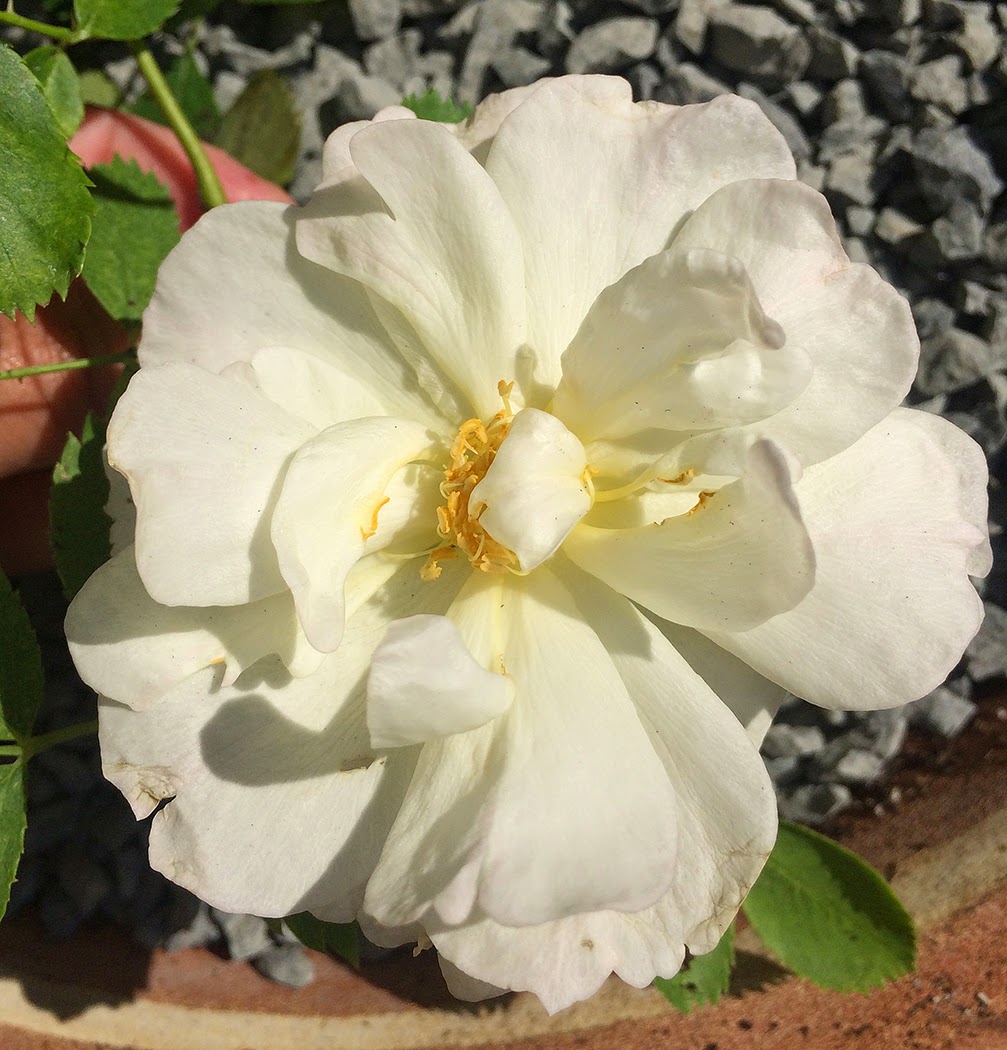 Can anyone explain to what it is about roses that makes gardeners go nutty? OK, maybe some of you may have been able to resist the siren song of this queen of all flowers, but I have not, despite the fact that they torment me.

I kill roses. I can think  of at least five that have met their fate at my trowel, and yet within month of swearing off “fancy roses” yet again, I have thrown my gardening heart into one again.

Sidenote: If you ever hear me swear off something gardening related, be it a particular plant or a broader concept like not adding any more gardens, you would be wise to bet me that I don’t really mean it. Because sooner or later I always do it/plant it again.

But back to roses. I have been able to grow Oso Easy roses extremely well. I almost don’t even consider them to be roses because they seem to require less maintenance than almost any perennial in my yard. I also have a couple of climbing roses—a William Baffin and CanCan—that have bucked the trend. The problem with all those roses is that they have little to no scent. And really, what’s a rose without a scent? Just another pretty flower.

I don’t know why I care roses. There are plenty other flowers that many gardeners wouldn’t be without that I live without just fine. I think it’s because roses seem to be the pinnacle of gardening success. Their reputation (deserved or not is debatable) as fussy divas somehow makes them something to be conquered.

This spring my ‘Carefree Beauty’ rose was dead, one of the few victims of a winter I thought would wreak havoc on much more of the garden than it did. I bought it because it was supposed to live up to its name and it joined a growing list of “Roses I have killed.”

That’s when I swore off non-landscape-type roses.

This one, a compact white floribunda, will live in a container and I’m hoping that will give me the edge I need to keep it alive. I plan to coddle it on the patio this summer, overwinter it in the unheated garage and hopefully be able to place it in the garden next year. I’ve been inspired by other gardens to include more containers right in the garden for interest and plants with special needs, which clearly roses are (for me anyway).

I’m not placing bets on if this rose’s fate will be different from its predecessors, but gosh let’s hope so. If only so I can get it out of my system once and for all. Maybe.

Do you have a way with roses? Or are they just not something you’re all that interested in?

containers roses
by Erin @ The Impatient Gardener
4 Comments
previous post: CHECKING IN ON THIS SUMMER’S CONTAINERS
next post: FIVE WAYS TO DEAL WITH WEEDS (WITHOUT CHEMICALS)