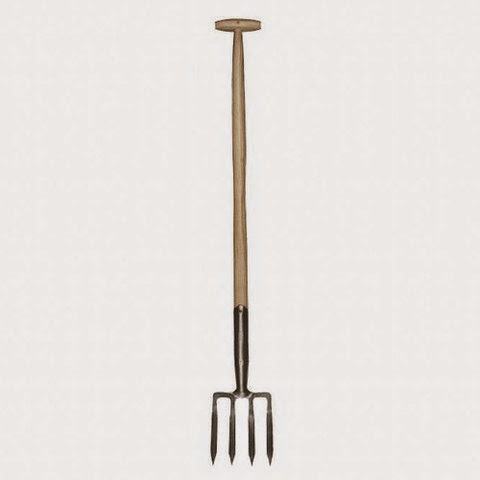 A couple weeks ago when I shared my favorite tools, I suggested that there might be a few gaps in my already expansive garden tool collection. Well, I may have filled them.

I think the most glaring omission from my collection, I think, is a fork. Digging forks have a lot of uses but the two instances I think call for one most are digging up a plant for division or transplanting (in theory you would cut fewer roots but just loosening the soil and pulling up) and working soil amendments in.

I’ve also seen them used quite cleverly to divide a plant by placing two forks back to back in the center of the plant and then rocking and prying the plant apart.

I told you about how I have an almost inappropriate love for the Ladies Garden Spade from Garden Tool Co. so when I saw that the Ladies Digging Fork by Sneeboer was on sale, I couldn’t help but order it. I love the looks of it, especially since it has the same slightly smaller handle that the spade has. The tines of the fork are flat and wide so I can see it being especially useful for working in soil amendments. Unfortunately, I’ve not had a chance to really put it through its paces yet, so I can’t speak to how much I like it, but I will say it looks very pretty hanging with my Sneeboer spade. 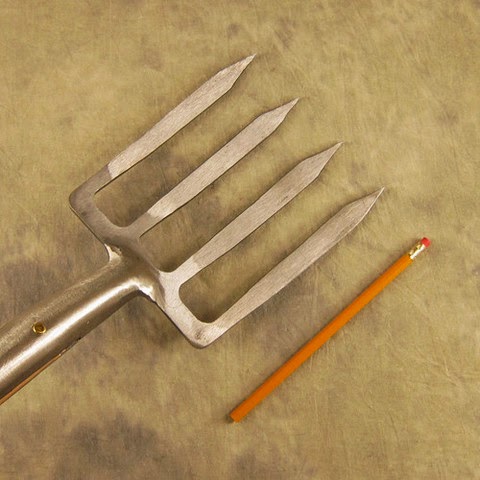 I also mentioned that I would like a hoe that works on both the push and pull stroke. Garden Tool Co. has a lot of hoes but I wanted something that looked almost lethal. I’m beginning to feel like the best garden tools might also serve as excellent weapons in the event of a home invasion. The Royal Dutch Hoe certainly would. The thing that really makes it different is that it has a small handle perpendicular to the hoe. This way you can grab it and really go at those weeds with your thumb facing up, rather than to the side. I like it. 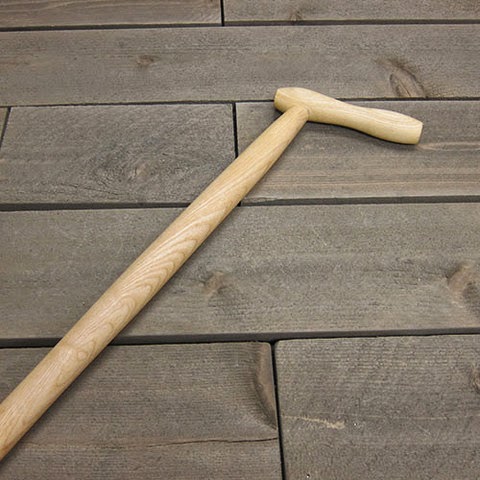 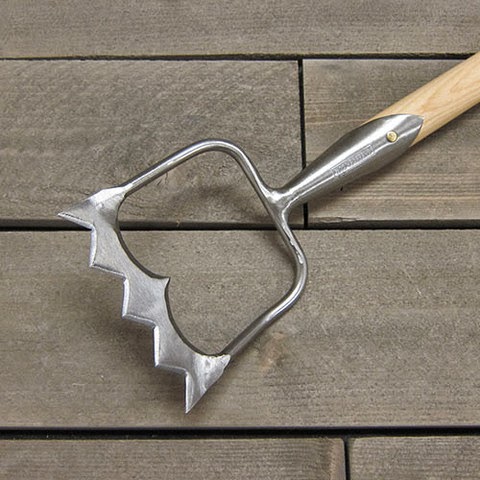 I haven’t done a lot with it yet, but in my initial test I was super impressed with how it tackled big weeds. Most hoes are better suited to small weeds, but this thing tackled some mature weeds in my beds.

I can’t think of too many more gaps that need filling in my collection. Sometimes I think I might like a really small pruners that I could easily keep in my pocket for when I’m just roaming around the garden, not really gardening, but I doubt I’d remember to grab it.

Speaking of roaming around the garden, that’s about the only kind of gardening I’ve been doing lately. Is anyone else sort of “done” with the garden for right now? I know I have to get back out there, if only to keep the fall chores at a manageable level, but it’s hard to be amongst all the trauma that’s in the garden this year.

Have a great weekend!

tools
by Erin @ The Impatient Gardener
3 Comments
previous post: LABOR DAY WEEKEND LABORING
next post: ENJOY THE BEAUTY INSTEAD OF MOURNING THE SUMMER