Gardeners are always looking for the best way to stack the deck in their favor and have the best success growing a plant. But sometimes, there are many ways  grow a plant well. Rather than cause confusion, this should ease gardeners’ minds, because the more ways there are to grow something, the more difficult it is to screw it up.

The more I learn about poppies, specifically annual breadseed poppies (Papaver somniferum), the more ways I learn to grow them. 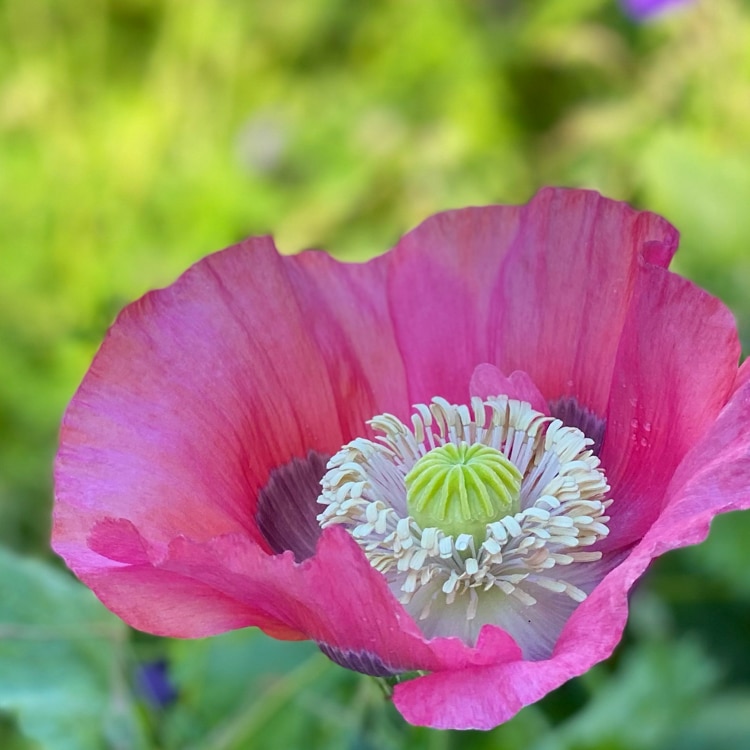 Breadseed poppies get more beautiful the closer you get.

TOSS ‘EM IN THE GARDEN

The simplest method is one I’ve been employing for many years: Direct sowing directly in the garden in winter. I simply sprinkle the seeds into garden beds (which are not heavily mulched, if they were I’d pull some of the mulch back to ensure the seeds could reach the soil).  Doing this in winter, often directly on top of the snow (I sow between January and March, sowing repeatedly because if you grow poppies you’ve got plenty of seeds), ensuring good moisture, which is a non-negotiable necessity for poppy seeds, also takes care of what I thought was a required cold stratification period.

But it turns out the cold period might not be necessary at all. Many books and most seed packets say that P. somniferum needs at least two but probably four weeks of cold in order to germinate, but Matt Mattus says there’s no reason to think that’s the case. Mattus, the author of “Mastering the Art of Flower Gardening” is a thorough researcher, always seeking out the best information on growing anything, and he says he can’t find any reference to P. somniferum needing a cold period. In fact, his own trials (backed by some heavy duty horticulture texts) show that they germinate in four days at 70 degrees and even faster at 80 degrees, without any cold period.

So that brings me to the next method. 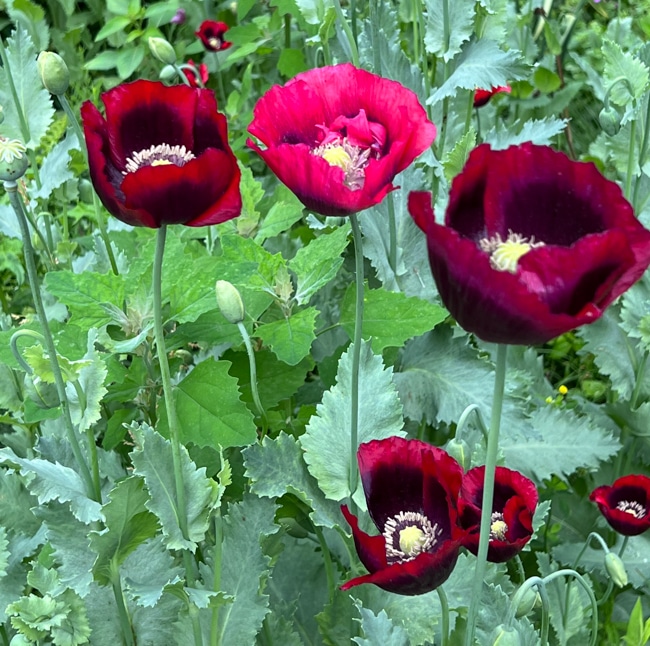 With saved seed, you don’t know exactly what you’re going to get. These dark red poppies were real winners, and the bright pink that crashed the party wasn’t a slouch.

Sow poppy seeds thinly in a tray on a germination mat kept at 70 degrees or higher. Keep them consistently moist and grow them out under lights.

When the seedlings are a quarter inch tall, very gently tease them out and plant them out where they’ll grow for the rest of the season. Matt plants into the 20-inch pots, but you could plant out into the garden at this point. 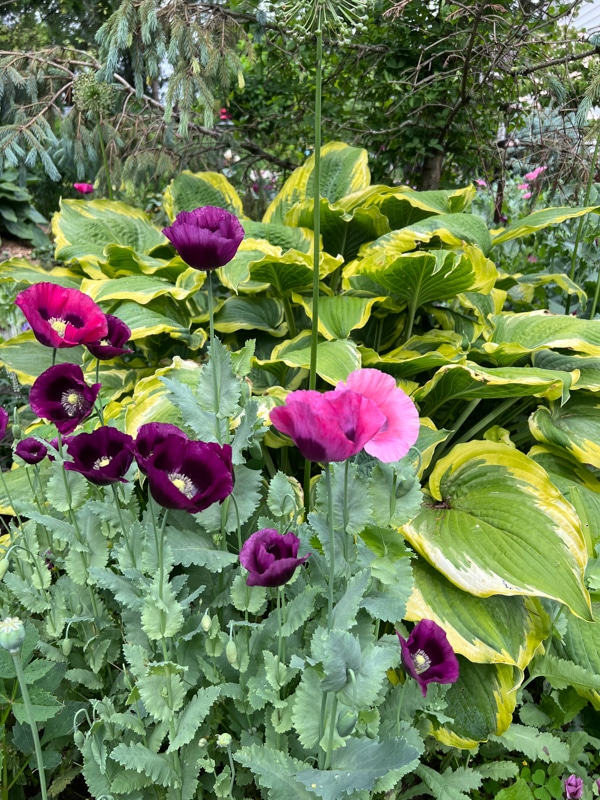 If you’re a fan of winter sowing in milk jugs (or water, juice or any other transparent container that you can seal up), poppies are a good choice with one caveat. Poppies don’t like root disturbance, which is why the Mattus method calls for transplanting seedlings early. The same advice holds for sowing in jugs.

There are many articles on starting seeds using this method, which is inexpensive, easy and doesn’t take up room in your house, but the general process starts with a transparent jug or container, that is cut along the equator (leave a little attached for a hinge effect). Poke holes in the bottom,  fill with several inches of potting mix, then sow seeds thinly at the appropriate depth. Water in the seeds, seal up the jug with tape, remove the cap and set the jug outside in a sunny spot. Other than adding a little moisture if necessary, there’s nothing more to do until seeds germinate in their mini greenhouses. 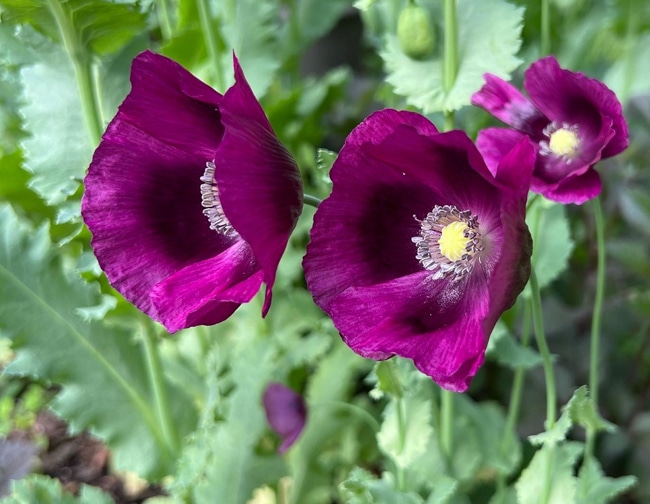 WHICH METHOD IS BEST?

They all are, in their own way. Direct sowing is incredibly easy and takes just minutes to do. There’s nothing to buy or tend, but you will need to thin seedlings when they emerge, usually in a big, weedy-looking clump in the garden. Mattus’s tip is to mix the seeds with sand to help sow them thinly.

If I had some really special poppy seeds that I didn’t want to take chances which, I’d be inclined to follow Mattus’s indoor starting method. This also has the benefit of having more control over where they plants will grow.

Winter sowing in jugs is nearly as simple as direct sowing, but there is the transplant issue. I personally don’t have a lot of success with sowing in jugs, but I am by far the outlier and most people have great luck with it. You do need to keep an eye on the moisture levels inside jugs, which means checking on the when they are stuck in a snowbank.

All of which leads me to one conclusion: there are a lot of ways to grow poppies, so you might as well try at least one and go for it.